For her first exhibition in France, Le Bon Accueil asked Una Hamilton Helle to present a selection of her works related to Scandinavian Black Metal.

Una Hamilton appropriates Black Metal’s codes and themes, revealing much about the mechanisms of this universe, as well as her own artistic enquiries into how we shape our identities. This question is central to her work and Black Metal offers a fertile ground and many points of convergence with her own artistic practice. The artist shares many viewpoints with Black Metal culture, from the influence of landscape and the environment on people, to an interest in the occult, magic and Heroic Fantasy literature. Her works focus on how these elements can shape our perception of reality and form a coherent universe that exists on the margins of society and far from dominant cultures.

In her works, Una Hamilton Helle delivers a vision of a dark nature, inhabited by ancient creatures, where human beings are not welcome. The sharp black and whites that characterizes covers of Scandinavian Black Metal groups inspire the visual patterns she uses in her photomontages. As keen teeth, the drowning tops of spruce trees rip the sky, as seen on the cover she made for the book Black Metal Beyond the Darkness, as do they on many covers ranging from Scandinavian bands to North American Cascadian Black Metal. Her collages are reminiscent of Darkthrone covers (Under a Funeral Moon) or photos of bands posing in the snow. For instance, in her photomontage Cut the head of the musicians are replaced by conifers. This work underlines perfectly the influence of landscape on Black Metal and the idea of turning back to a wild nature, or even becoming the forest itself.

With the video Nekrosus, she brings us further into the dark snowy Nordic woods. An invisible ‘Troll voice’, similar to the characteristic black metal vocal style tells us about an another realm; a landscape haunted by beings that live in the dark and in the depths of the lakes. The text covers topics ranging from Nordic legends to Heroic Fantasy, also ideas found in Black Metal lyrics and novels related to the unutterable horrors, such as A. Blackwood, H.P. Lovecraft, M.R. James.

Una Hamilton Helle is not just doing an exegesis of Black Metal. Her collages, found images and videos can be seen as an analysis of the world of Black Metal but in a first place they are visceral works where nature is seen in a dark mirror.

A zine was made to accompany the exhibition, as was a soundtrack to the exhibition - a mixtape of early Norwegian black metal hailing straight from the forest!

Logo for the exhibition designed by Antoine Ronco of La Presse Purée. DJing at the opening courtesy of All That Glitters. 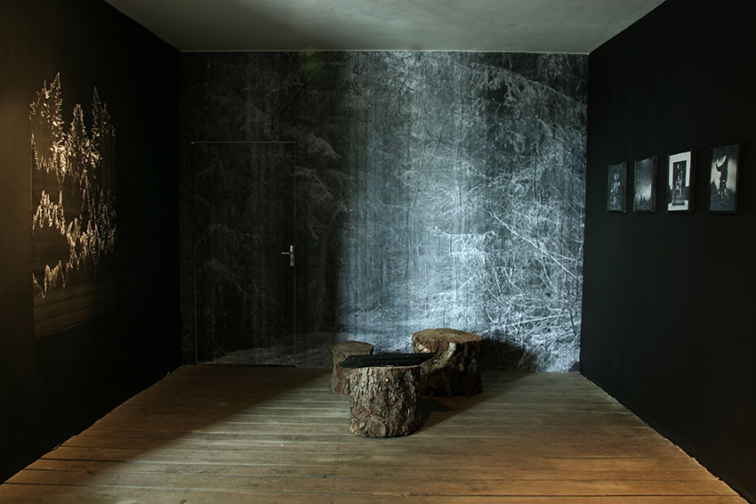 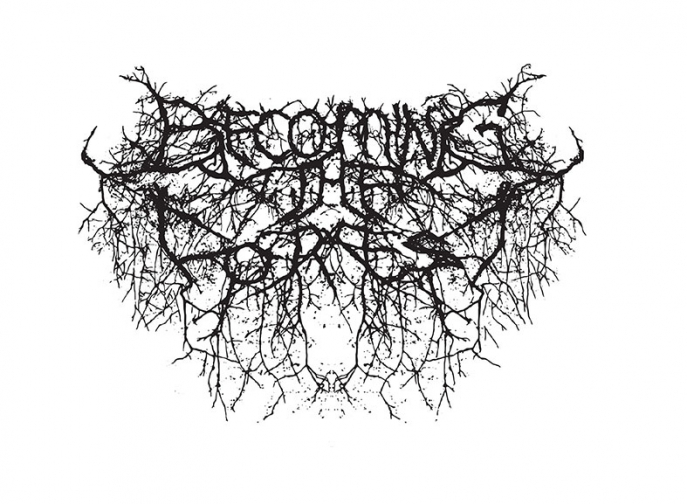 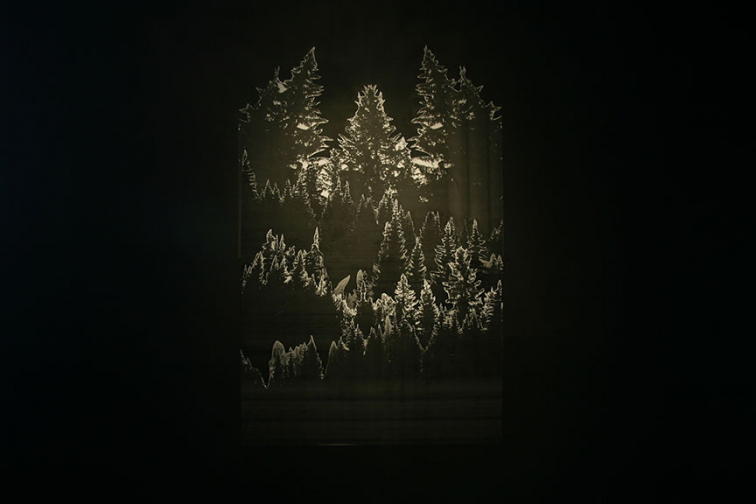 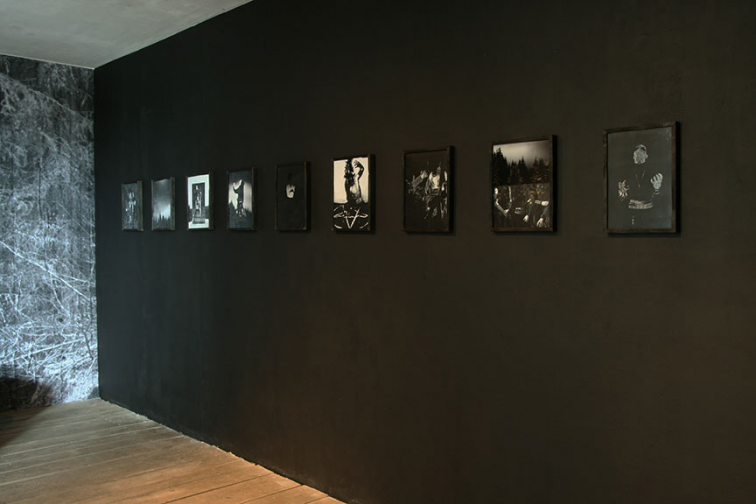 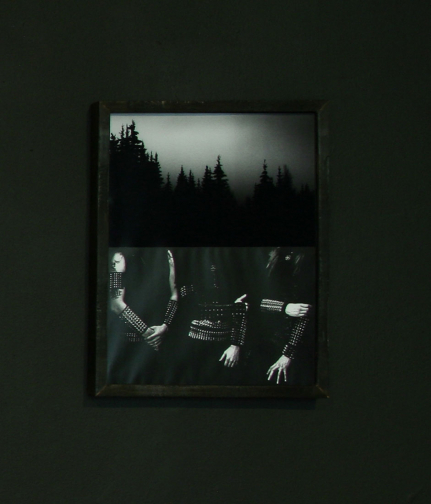 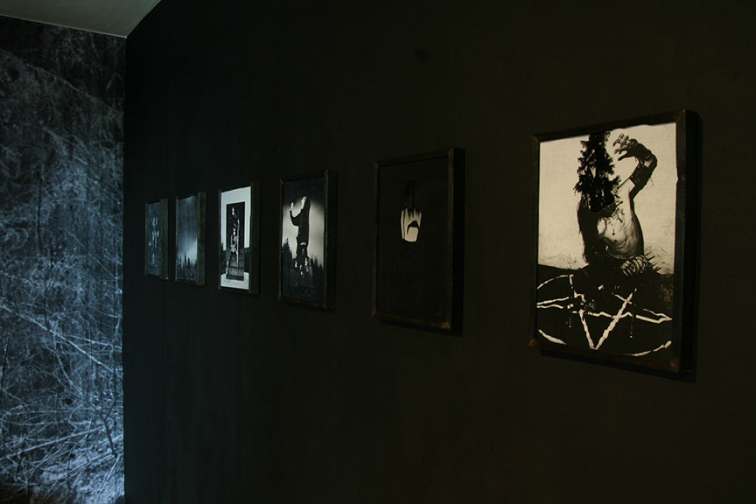 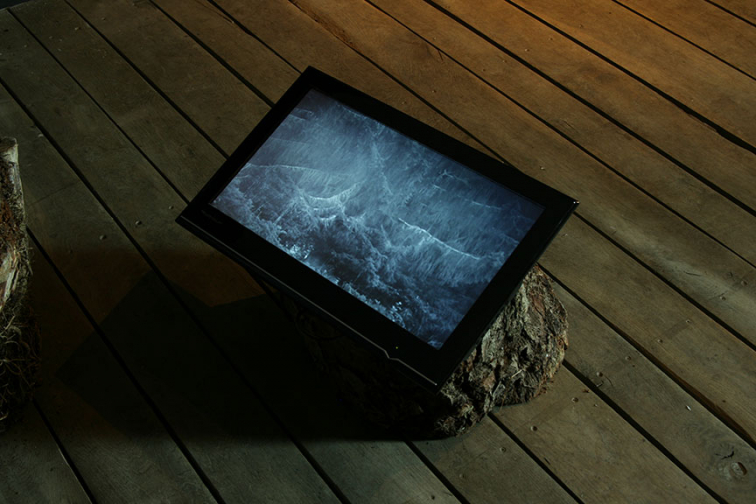 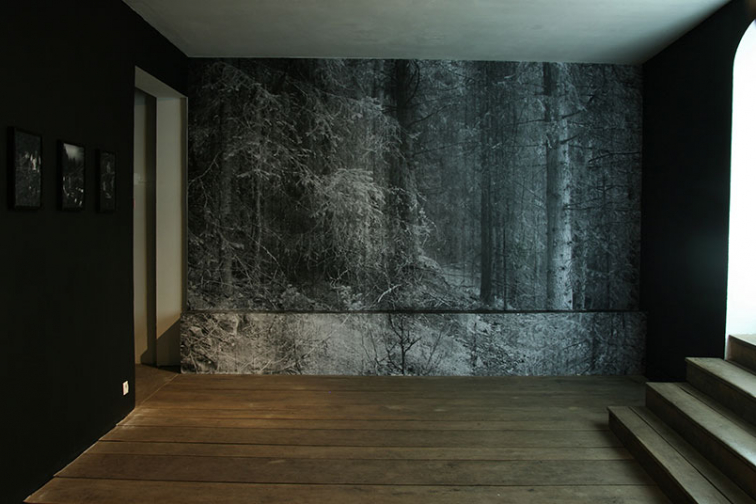 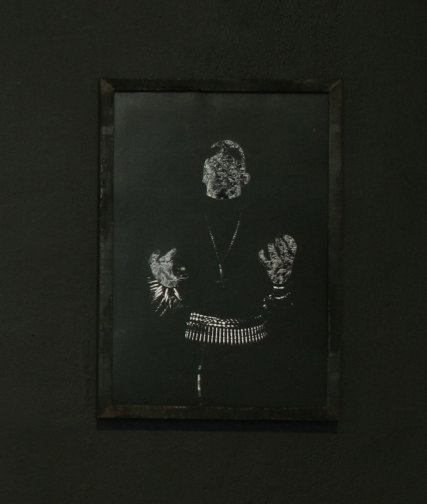 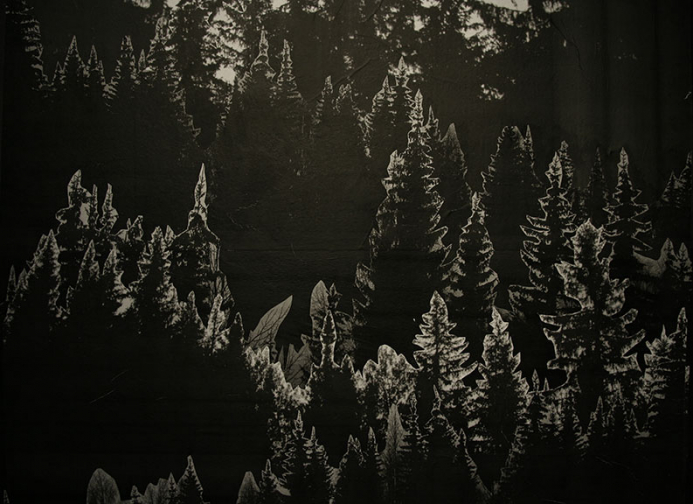 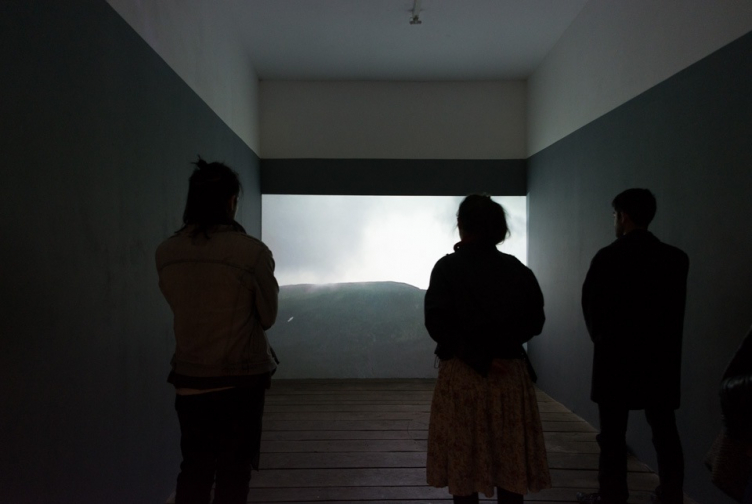 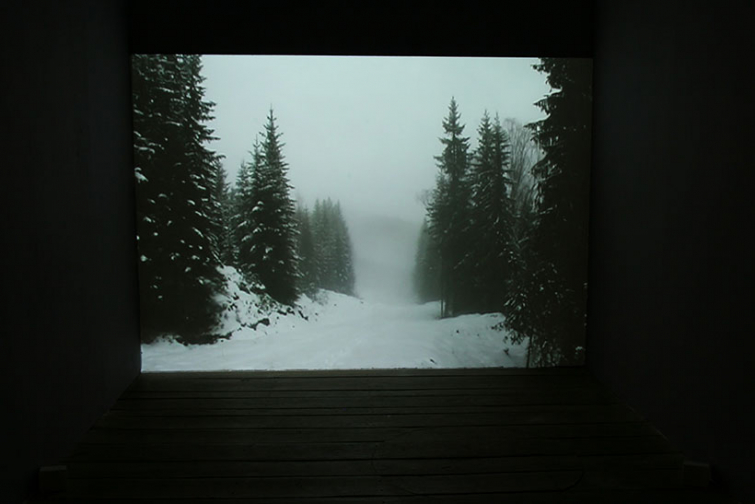 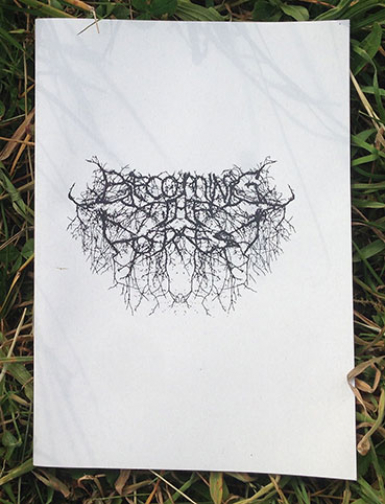 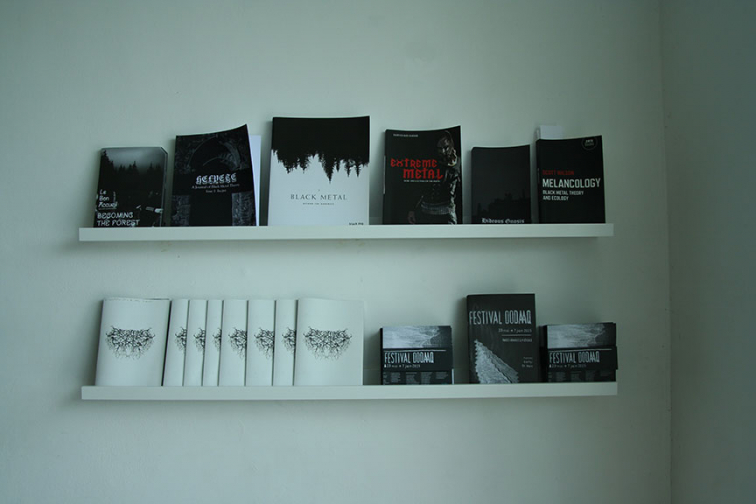 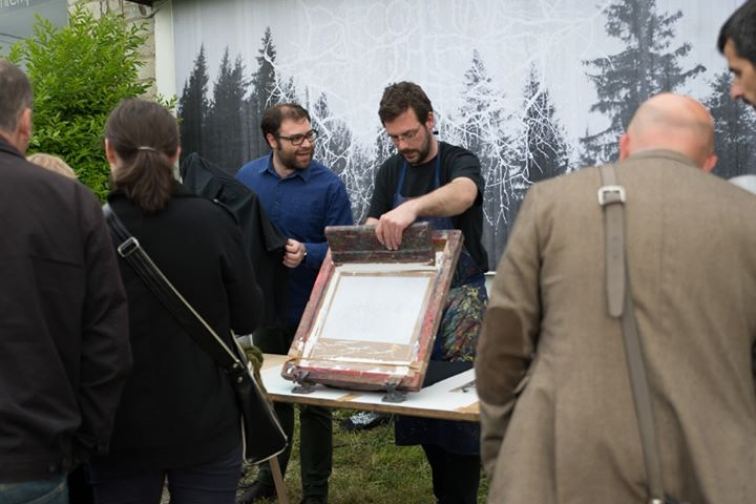 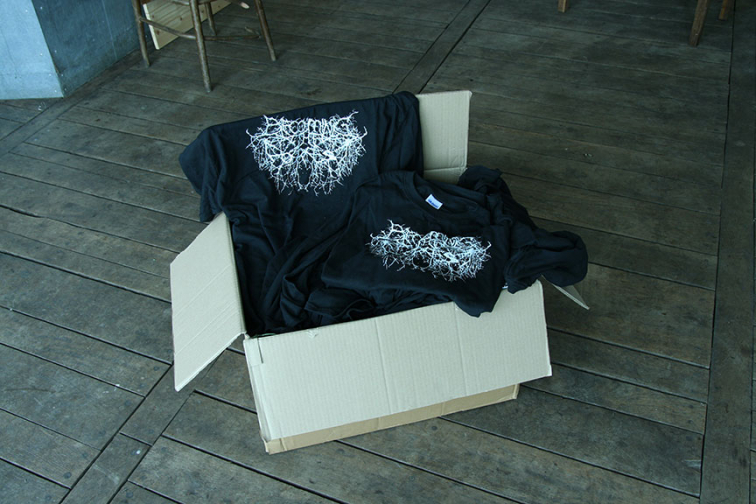 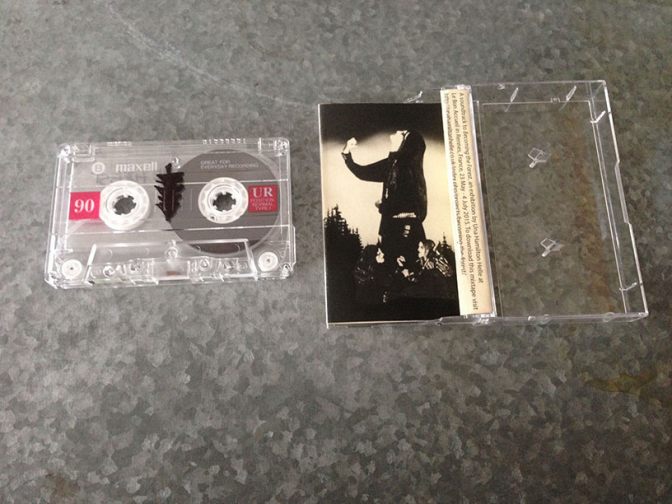 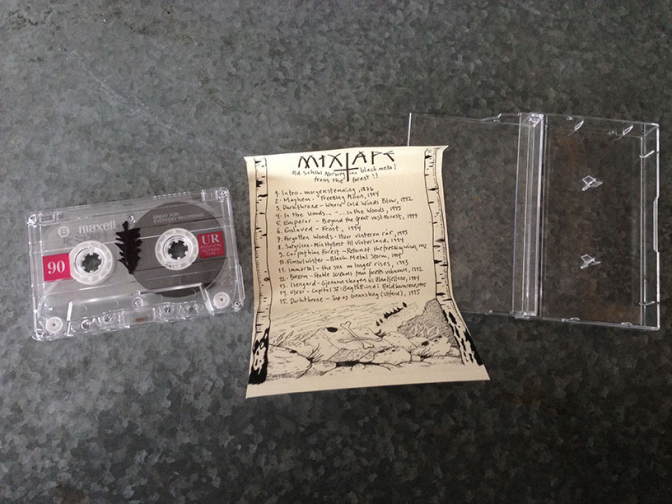