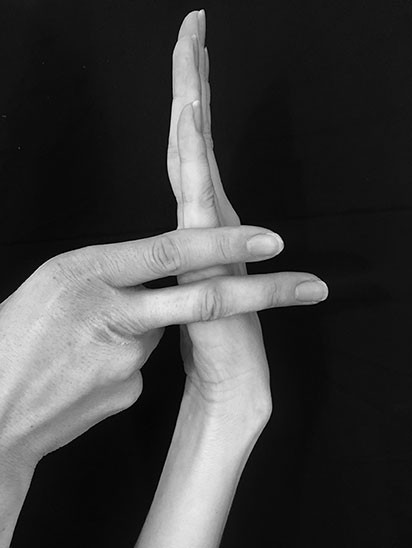 24.11.20
I'll be taking part in Bloc Project's 'Harsh Light' webinar series on the 16th Dec. I'm looking forward to joining Verity Birt and Dr Edwin Coomasaru in thinking through notions of 'Englishness'. "The conversation will self-reflexively think through these English textures and their adoption in subcultural contexts, including white supremacist narratives of “blood and soil” nativism, as well as feminist and black metal reinscriptions of a more ecologically entangled landscape." More info on Bloc's website.

27.06.20
The online reading group that will run concurrently with All Flesh is Grass starts this Tuesday. All are welcome and you don't need to have read the texts beforehand. The first one is called On Monstrous Sentience and looks at plant horror - for more info & to sign up go here.

23.05.20
Coming up: I'm in a collaborative exhibition with Uma Breakdown, Eltons Kuns and curator Erik Martinson at Kim? Contemporary Art Centre in Riga, Latvia. Running from 4th June - 23rd August, All Flesh is Grass will showcase the group's research-in-progress & culminate in a game space that looks at plant consciousness, LARP, interspecies communication and 1970s (pseudo) science. There will also be an online reading group led by Of Animacy & film screenings related to the exhibition's prompter, 70's botany murder mystery The Plants Are Watching.

25.04.20
The sound installation from the Becoming the Forest commission for Epping Forest/Waltham Forest Borough of Culture is now available to listen to online - link on the project's page.

12.01.20
Next Saturday I will be hosting a screening and panel discussion for London Short Film Festival that delves into the influences and surroundings that have shaped the musical subculture of black metal. Through music videos, archive interviews and documentary outtakes, we will journey through landscapes both natural and fantastical, followed by a discussion on the genre’s early interest in ecology, myth, heritage, and the darker sides of humanity. Panelists include Hord (Occvlta), Charlie Woolley (Crypt of the Wizard) and Dayal Patterson (Cult Never Dies). The event is in partnership with The Quietus. Tickets and more info is here.

03.12.19
Becoming the Forest #3 is now available online through Antenne Books, Cult Never Dies and Crypt of the Wizard. Waltham Forest Borough of Culture have also produced a nice video of the People's Forest programme, in which there are some beautiful shots from the All Hallow's Eve ceremony I performed with a group of caped figures at the edge of Epping Forest.

25.11.19
Tomorrow I start a three-day research residency at Croydon's Whitgift Shopping Centre with artist and choreographer Hamish McPherson. The residency is organised by Croydon Arts Store:

We will be using fantasy horror roleplaying games as a method and metaphor to engage with the presence of the shopping centre in contemporary life, for example as a space policed against outsiders/”undesirables” or as an engine of dark social forces.We will spend three days at CAS mapping the centre, making drawings, researching events in the news, and talking to people within it. From this we will create basic resources for a (real or imagined) fantasy roleplay game relating to the Whitgift Centre and its denizens including maps, lore, non-player characters and random encounters.

15.10.19
On All Hallow’s Eve, when the veil between the living and the dead is at its thinnest, Becoming the Forest invites you to take part in an audio journey populated by the voices of previous forest dwellers and visitors. At the threshold of London’s Epping Forest, a tree-clad land filled with stories, rumours and non-human beings, Becoming the Forest presents a sound installation at Queen Elizabeth’s Tudor Hunting Lodge, celebrating the oncoming winter.

Join past forest dwellers including Boudicca, Jacob Epstein and Algernon Blackwood, as well as the voices of the trees themselves, and expect incantations made up of Ogham and tree DNA sequences, dark folk, beech tree divination, tree-biologists and forest historians, black metal screeches and field recordings of the forest. A special commission by artist Una Hamilton Helle, with a soundtrack by Primitive Knot and Crown of Asteria, and voices from the forest.

The installation will mark the launch of Becoming the Forest #3, an independent zine which looks at how the aesthetic and philosophy of the musical subculture of black metal has become entangled with the topography of the forest.

Thursday 31 October, 7.30pm
On this evening of thresholds the artist and a cloaked group of figures will lead a short ceremony for the opening of the installation and to transition into the dark period. Please join us at the edge of the forest, where we will look to the trees to celebrate that which has passed and that which is yet to come.

28.09.19
My film Nekrosus from 2010 is part of an evening of film screenings on the theme of Folk Horror at Kunstnernes Hus in Oslo on the 16th October. Curator Erik Martinson will be in conversation with author and music journalist Rob Young afterwards - it looks to be a really interesting evening. More info here.

20.09.19
Bonington Gallery in Nottingham is the final venue to host the Waking the Witch exhibition, which I curated with Matthew Hughes as Legion Projects. The exhibition opening is on Thursday 26th Sep, 5.30-7.30pm - all welcome. The exhibition will also close its run on the 16th November with a Day of Ritual led by Blue Firth, Hawthonn, Fourthland and more. More info here.

18.08.19
Before the weekend Janina Totzauer and I arrived for an artist residency at PLATZprojekt, an autonomous zone in Hannover, which hosts social and cultural enterprises, a community garden, a gig and film space, sauna and Europe's largest DIY skatepark! Here till 2 Sep and really looking forward to engaging with the local community and see what we come up with in these inspiring surroundings.

17.06.19
For the last half year I’ve been working on a video commission for Home of Metal, a cultural project which looks at the origins of Heavy Metal in the Midlands. My work will be included in Alan Kane’s exhibition '4 Bed Detached Home of Metal' at New Art Gallery Walsall, which is part of a series of exhibitions in the region that celebrate the project’s tenth anniversary. Other artists in the exhibition include Jeremy Deller, Des Hughes, Jim Lambie, Sarah Lucas, Jessica Mallock, Mike Nelson, Simon Periton, David Shrigley, Mark Titchner, Hayley Tompkins, Cathy Ward, Charlie Woolley, Eric Wright and the collections of metal fans from the area.

The video focuses on the links between the historic leather trade in Walsall, local band Judas Priest, who introduced the leather look to heavy metal and queer leather culture. It’s been a really enjoyable research project with plenty of fan interviews, trips to the UK Leather Archive and Walsall's Leather Museum and it’s been such a joy working on the subject matter of one of my favourite bands. If you find yourself in the area do pop along to check it out - it opens this Saturday 22nd June - 1st September.

11.06.19
On behalf of Hal Silver, Joshua Bilton and I have been running workshops for recent graduates for the photography festival pic.london. We've been using storytelling games to construct a collective origin myth for the group and explored Pauline Oliveiros' Sound Meditations. Saturday is the last workshop and also see's us try pull together some of the work from Hal's archive at a talk which is open to all. More info here.

23.05.19
I have some work in Sorcery Press' first zine. The theme is Glossolalia. Check it out here.

21.04.19
The remaining dates for Waking the Witch, the touring exhibition I curated for Legion Projects, have been confirmed. The exhibition opens at Sidney Cooper Gallery in Canterbury 10h May - 15th June and will tour to its final venue, Bonington Gallery in Nottingham, 27th September - 16th November. For more information and to watch & listen to some of the work, keep an eye on www.wakingthewitch.uk for updates.

08.04.19
Super excited to announce that I am part of a stellar line up of artists, poets and musicians that make up the People's Forest strand of programming for Waltham Forest Borough of Culture. Taking place on All Hallow's Eve, when the veil between the living and the dead is at its thinnest, Becoming the Forest will invite people to take part in an audio journey populated by the voices of previous forest dwellers and visitors. Taking place at the threshold to Epping Forest, the tree-clad piece of land filled with stories, rumours and non-human beings, Becoming The Forest presents a sound-based installation at Queen Elizabeth’s Hunting Lodge, celebrating the oncoming winter. Expect incantations made up of dark folk, beech tree divination, tree-biologists and forest historians, black metal screeches and field recordings of the forest. More info here.

26.02.19
Next month I'm taking part in ALEA, a group exhibition at Celsius Projects in Malmö, Sweden. The exhibition looks at Chance, Randomness and Determinism in play and is part of a their PLAY FORMS exhibition series. I'll be exhibiting my text-based adventure game installation Lair of the Neo-Diggers. The exhibition opens 29th March and will also feature the work of Filip Vest, Ívar Glói and Karin Granstrand.

22.01.19
Two Becoming the Forest-related events are coming up in the next few weeks. The first will be a gig I am organising with black metal publishers Cult Never Dies & Zero Tolerance Magazine, which sees Belgian doomsters Alkerdeel and eldritch black metallers Turia from the Netherlands play the Black Heart in Camden. That's on the 1st February - more info here. I'm also doing a reading of some of my writing from the BTF zine at a performance evening organised by Movement/Possession at SET in Dalston, the theme of which is the forest. That's on 6th Feb and more info here.

06.01.19
I wrote some more blog posts for a-n on a project I have been working on which looks at the relationship between coding and caving, gaming and the underground. Touching on board games, escape rooms, Larp and screen-based 3D graphics I've been trying to grapple with different game formats in which to fictionalise space and build a narrative journey through the subterranean. The blogs can be read here.

17.12.18
If you missed the OSE exhibition last weekend, The Anthro-Cephalopodic Amalgamation Institute's guided meditation is now available to download!

02.12.18
I'm just back from the Netherlands where I was commissioned by Baracca to create a piece for The Hague's monthly arts tour programme. Baracca is a roaming gallery space, with their current setup being a moveable 'lunch wagon'. The result was Heksenkeet, a voice-based sound installation which invoked the figure of the crone, the hag and the witch when a figure of fear. The voices were recorded during an improvised ritual I performed in a remote cabin under a full moon last winter. The garbled spells, glossolalia and cackling incantations could only be heard from outside of the wagon and provided both an absurd and creepy component in the middle of the city.

Next weekend it is back to Margate for the last time as Gut Feelings, the Open School East end of year show will be taking place. I will be exhibiting an installation room and guided meditation in which you can temporarily align your